The purpose of the Sam Andrews Educational Hall of Honor is to commemorate the high ideals characterized by Sam Andrews’ life and to provide a vehicle for those who want to honor and remember those persons whose lives and careers have emulated this distinguished educator.

Congratulations to the 2022
Sam Andrews Educational Hall of Honor Inductees 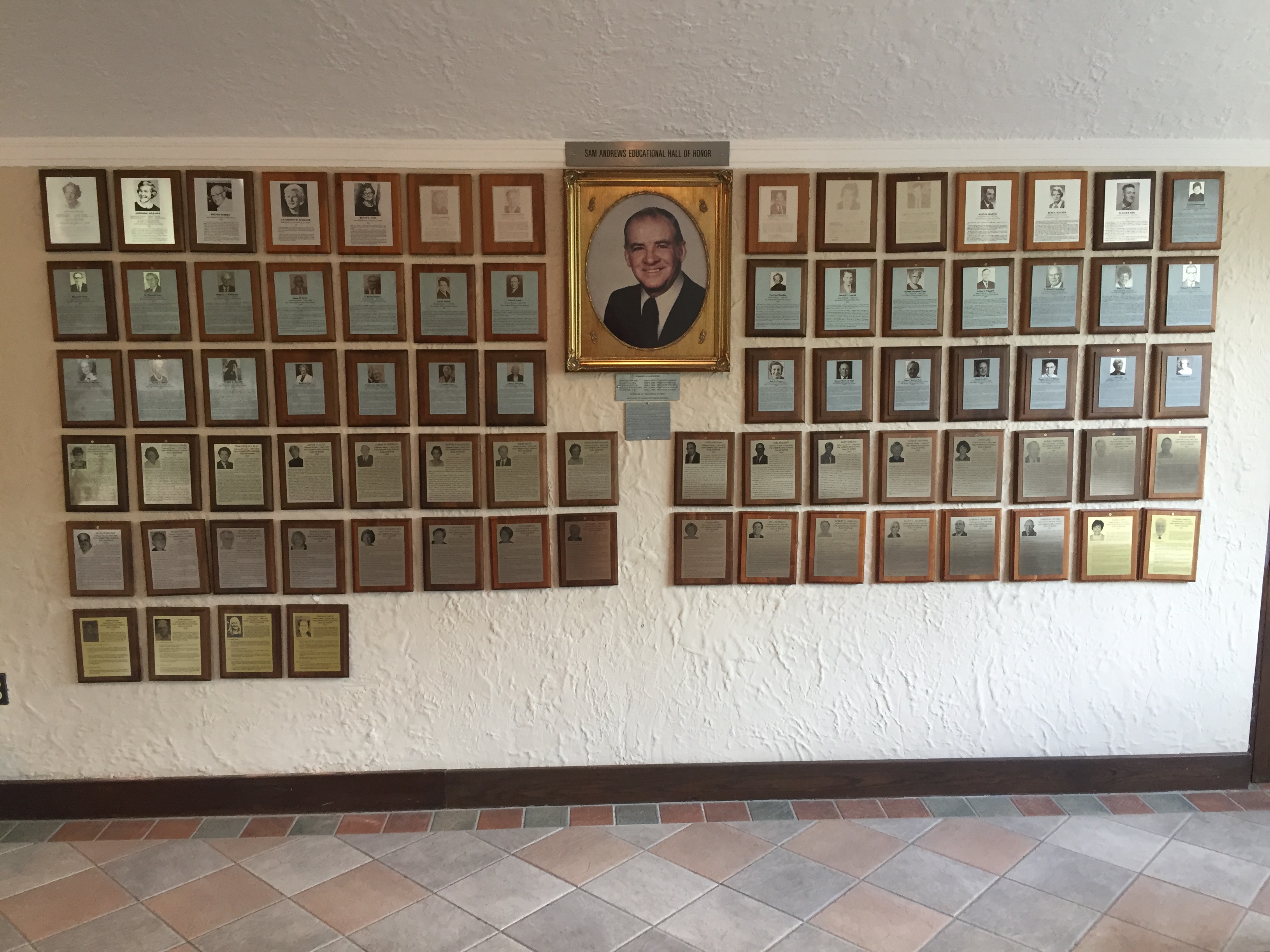 The Oakwood Board of Education established the Sam Andrews Educational Hall of Honor in 1980, on behalf of countless people in the community whose lives Sam Andrews influenced with his dedicated service as a teacher, coach and friend from 1944 to his death in 1977.

The intent and purpose of the Hall of Honor is to commemorate the high ideals that characterized Sam Andrews' life and to provide a vehicle for others who want to honor and place in perpetuity for remembrance and inspiration those people whose lives and careers are or have emulated Andrews' distinguished career.

During Andrews' career, he won the love and devotion of many students whose lives he touched as teacher and coach, the esteem and respect of countless more who knew him in their capacity as parents or patron of the school district, and unqualified admiration of the teachers with whom he worked. But, more importantly than all of these attributes, he was a friend to all with whom he came in contact.

As an educational leader, Andrews had an innate capacity to challenge the best from all those who worked with him and for him. He disciplined himself and all who would join him with seemingly limitless energy in the pursuit of excellence, not only in the classroom but also in numerous school activities.

Oakwood Schools and the community are genuinely indebted to Sam Andrews for the legacy of distinguished service both to the boys and girls and to the men and women whose lives he helped to shape.

A Selection Committee comprised of past inductees, members of the Alumni Association, The Oakwood Schools Foundation, and other support organizations meet in June to review nominations for the current year.

To see the full list of Sam Andrews' inductees, visit Past Inductees.

To be eligible for this award: